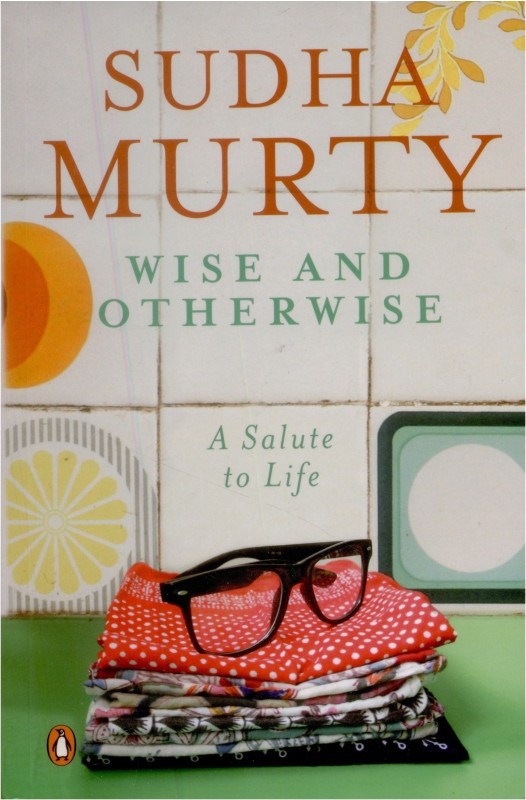 A collection of around fifty short stories, a tapestry of human character, behavior and attitudes. Summary Of The Book Wise And Otherwise : A Salute To Life contains sketches of various people, across the length and breadth of the country. These stories are all based on the author's personal experiences, and it is a kaleidoscopic collection of human attitudes and character. The author, a teacher and social worker, has had close interactions with various sections of the society. As a sensitive observer of people and their characteristics, she has been able to bring to this collection a myriad of experiences and emotions that cuts across all barriers of class, religion, and location. Wise and Otherwise : A Salute to Life contains a wide-ranging collection of stories. A man dumps his own father in an old age home, disclaiming any relationship to him. He recalls his relationship quickly enough on his father's death to make sure of his inheritance. A young girl dotes on her little brother, only to be sold by him into prostitution, ironically on Rakhi day. A beggar goes to a region devastated by an earthquake, to pose as a victim and benefit from any relief package that have been designed for those affected by the disaster. Wise And Otherwise : A Salute To Life tells the story of a woman who does not fail,to express her gratitude even while in her death bed. There is the story of a young boy who fishes for crabs and makes a small amount each day, which supports his family. When asked what use that little amount would be to him, he says pragmatically that is better than nothing. A man in a tribal settlement teaches the author that there can be grace and dignity even in the acceptance of gifts, not just in the giving of them. Written in a simple, unadorned language, the author uses these stories to explore and analyse so many vastly different behaviours that cuts across the many sections of society. Ultimately, the book proves that for all, the many differences in language, culture, class and place, human nature is the same everywhere - Capable of the moat base behavior and also capable of supreme acts of selflessness and caring. About Sudha Murthy Sudha Murthy is an Indian author and social worker. Other books by Sudha Murthy - Grandma's Bag Of Stories, The Bird With Golden Wings : Stories Of Wit And Magic, Gently Falls the Bakula, Dollar Bahu, and The Day I Stopped Drinking Milk: Life Stories from Here and There. Sudha Murthy was born in 1950 in Karnataka. With a BE in Electrical Engineering and an ME in Computer Science, she was a gold medalist at both the graduate and postgraduate levels. She was the first woman engineer to be employed by TELCO. She married Narayana Murthy, who is one of the founders if the IT company Infosys. Sudha Murthy was one of the initial investors in the company. She is now the Chairperson of the Infosys Foundation. She has been awarded the Padma Shri, and also been given honorary doctorate degrees.

More from the author - Murty Sudha