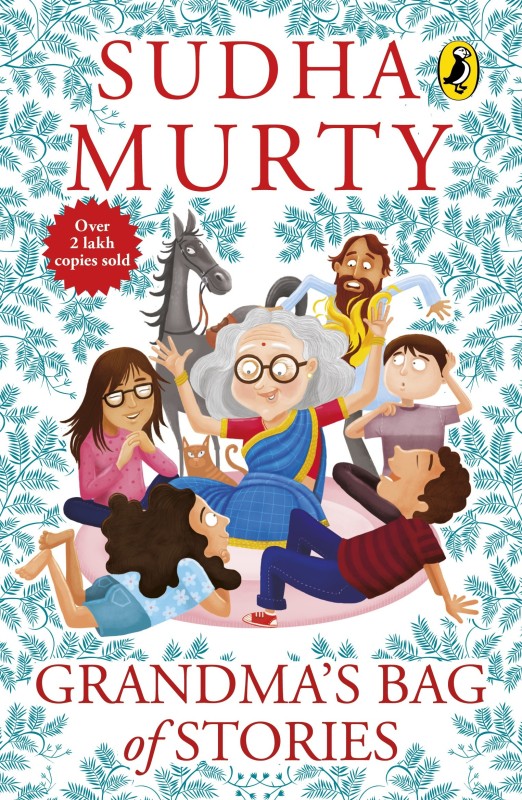 No one can resist a good story, especially those told by a grandmother. In Grandma’s Bag of Stories, Sudha Murty reminds readers of a simple time, where a fun afternoon usually involved sitting by one’s grandma to hear her stories. Summary of the Book There is no greater story teller than a grandmother. Her stories are full of life and wisdom, and her tales teach kids about proud kinds, mischievous monkeys, cheating thieves, bears and gods. In stories such as that of a bear who partook of some really bad dessert, a lazy man who would not put out a fire until it scorched his beard and a queen who discovered silk. Hilarious, wise and instructive, these stories teach kids about the value of elders and the wisdom that the older generation can pass down. About Sudha Murty Sudha Murty is an Indian entrepreneur, businesswoman and writer. She is well known for her books in Kannada and English: Dollar Sose, Runa, Old Man and his God and Wise and Otherwise among them. Mrs. Murty completed her M.E. from the Indian Institute of Science and was the first female engineer hired at India's largest auto manufacturer TATA Engineering and Locomotive Company or TELCO. She is married to Infosys chairman N. R. Narayana Murthy.

More from the author - Murthy Sudha