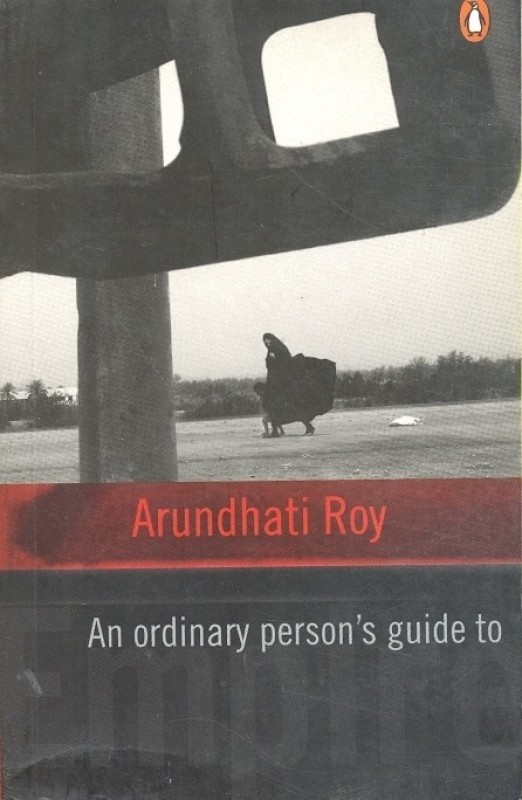 Ordinary Person's Guide To Empire is an array of essays which meticulously covers America’s war on terror, the effects of globalization on India, the importance of resistance movements, and other such matters which threaten democracy. Summary Of The Book Ordinary Person's Guide To Empire is a collection of fourteen essays. They had first been delivered as speeches by the author between June 2002 and November 2004. The essays weave together seemingly unconnected topics, which finally disclose the United States’ disastrous war on terror. The author explains what George Bush administration’s policy of compassionate conservatism during America’s occupation of Iraq really meant. Her writings remind readers that it is the common man who holds the power in a democratic setup. She urges American dock workers to stop loading goods that are meant to be used in wars. She calls out to activists to organize boycotts, and reservists to deny their callbacks. Her essays also tell the citizens of other countries to stop cleaning up America’s mess. Ordinary Person's Guide To Empire illustrates how the growth of corporate power is a threat to the world. Roy says that India’s globalization, the awful conditions that African Americans is the US still face, and the destruction in Iraq, are all interconnected to each other. She goes on to analyse how resistance movements can bring the power back to the people. The author speaks of such movements in countries like South Africa, India, and America, and examines how governments react to such crusades. This book also explores the role of non-governmental organizations, and focuses on how the media is becoming extremely corporatized. Roy draws correlations between India’s caste and communal politics, America’s poverty draft, and South Africa’s battle with AIDS. Ordinary Person's Guide To Empire helps readers understand how the New American Empire functions. Roy highlights the military and corporate barriers that slow down peace and prosperity. However, at the same time, she rejoices at the various efforts that are being made at the grassroot level to breathe new life into democracy. About Arundhati Roy Arundhati Roy, born in 1961, is an Indian author and activist. She is the author of The Cost Of Living, War Talk, Walking With The Comrades, The Algebra Of Infinite Justice, and Power Politics. Roy graduated from the School of Planning and Architecture in Delhi. She later became involved in anti-globalization campaigns and protested against the Narmada dam project. She believes that Kashmir should be given independence from India, and disapproves of India’s nuclear policies. Roy’s first novel, The God Of Small Things, was a New York Times bestseller, and it won her the Man Booker Prize. She is the recipient of the 2002 Cultural Freedom Prize, which was given to her by the Lannan Foundation. Two years later, she won the Sydney Peace Prize. In 2006, the author was awarded the Sahitya Akademi award, however, she declined to accept it. In 2011, Roy won the Norman Mailer Prize for Distinguished Writing. The author lives in New Delhi.