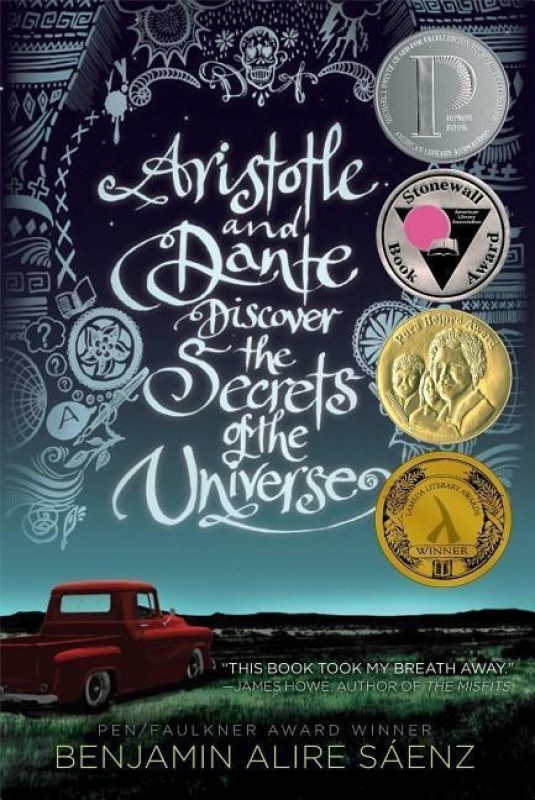 Aristotle and Dante Discover the Secrets of the Universe(English, Paperback, Saenz Benjamin Alire)

Aristotle and Dante Discover the Secrets of the Universe, authored by the PEN/Faulkner Award winning writer Benjamin Alire Sáenz is a poignant tale of two young men from different backgrounds becoming friends and finally lovers. Summary of the Book Dante is a young man who has a weird but know-it-all perspective about everything in life. But Aristotle is an angry teenager whose brother is in a prison. They meet at a swimming pool on a fateful day. They have nothing in common when they meet, but their friendship becomes stronger despite that fact. And the special friendship leads them into a relationship as lovers. Their lives are changed forever. Aristotle and Dante Discover the Secrets of the Universe delicately proves that love must be free and open, regardless of physicality, gender or any other differences. A must read for those who like to read tales that revolve around some of the strongest, most mysterious and intense human emotions. This book has won the Stonewall Book Award Mike Morgan & Larry Romans Children’s and Young Adult Literature Award in the year 2013 and Honor Book, Michael L. Printz Award in 2013 and Pura Belpré Award, also in 2013. About Benjamin Alire Sáenz Benjamin Alire Sáenz is one of the most renowned American writers. He is also a poet, short story writer and pens children’s books and young adult literature. He is the recipient of several literary awards, including the PEN/Faulkner Award. Some of the notable books authored by Benjamin Alire Sáenz are Calendar of Dust, Dark and Perfect Angels, Dreaming the End of War, Flowers for the Broken and In Perfect Light.