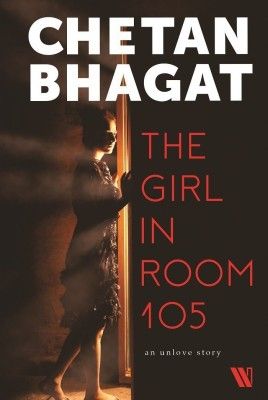 The Girl in Room 105(English, Paperback, Bhagat Chetan) is a Books>F : Fiction &ampamp Related items>FH : Thriller / suspense fiction genre book, written by Bhagat Chetan and published by Westland. It is available in English language with Paperback binding and got 312 pages in total. The International Standard Book Number or ISBN identification for the book is 1542040469 (ISBN 10) and 1542040469 (ISBN 13).

About the Book Keshav finds himself in a mess when his girlfriend breaks up with him. Although Zara moves on with her life, Keshav is unable to do so and resorts to drinking. He drinks every night to get over Zara and even starts stalking her on social media. But, out of the blue, on Zara’s birthday, Keshav gets a message from Zara asking him to visit her in her old hostel room 105. Will Keshav go? About the Author Born to an Army officer and a government servant, Chetan Bhagat’s destiny to become a writer was far from foreseen. After completing his mechanical engineering from IIT Delhi, Chetan went on to obtain his MBA from the prestigious IIM Ahmedabad. But, it wasn’t until a decade of trying to fit into the corporate way of living when Chetan decided that he needed to dedicate his life to writing. Since then, Chetan has authored several best-selling novels, such as Five Point Someone, The Girl in Room 105 and 2 States, among others. Not only did Chetan’s works inspire some hit films, such as Kai Po Che, 2 States and 3 Idiots, but they also helped him get featured in Forbes India magazine as one of the top celebrities of India (2016)