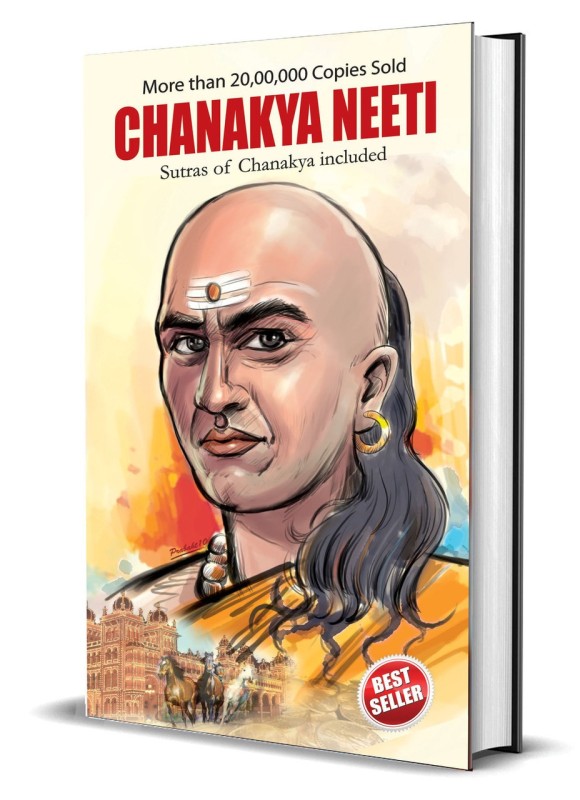 Chanakya Neeti is the English translation of Chanakya’s Neetishastra. It lists out various tenets that are relevant even today, that aim to govern a person’s way of life and the society as a whole. Summary Of The Book Chanakya, also known as Vishnu Gupta or Kautilya, was an Indian professor of political science and economics at Takshashila University in the ancient times. He was a chief advisor to the Mauryan emperor Chandragupta, and later to his son Bindusara. He played a prominent role in the establishment of the Mauryan Empire. He has authored the ancient Indian political dissertation called Arthasastra (Economics). His works were rediscovered in 1915. Chanakya Neeti is a result of Chanakya's in-depth study and understanding of the Indian way of life. The book is a set of tenets that spell out the ideal way for an individual to behave and deal with the society around them. He does so by way of Neeti Sutras (originally in Sanskrit), which are short sentences but have a powerful message in them. The book has these Neeti Sutras listed with their relevant English translation and details how they are relevant in today's world. Success is ensured in any aspect of life if these tenets are followed by a person. While reading this book, one comes across many messages such as, a wise son is always better than hundreds of foolish ones, and the primary duty of all parents is to provide their child with the best possible education they can afford. Chanakya Neeti is a useful guide even in the present times, showing an individual the ideal way of living in relation to their family, society and country. It also goes on to explain the concept of Karma and the laws around it. It also states that Dharma is the only thing that is permanent in this world and lists the many vices that one should keep away from to lead a happy and satisfying life. About B. K. Chaturvedi B. K. Chaturvedi is an Indian writer, journalist and translator. A few of his other books are A Complete Guide To Numerology, Linga Purana, and Kautilya's Arthashastra. His writing is focussed primarily on Hindu gods and saints and well-known historical figures of India. His works have been published both in Hindi and English. Chaturvedi did most of his studies in Bangalore and Allahabad. He has written for television and radio programmes.

More from the author - Chaturvedi B. K.