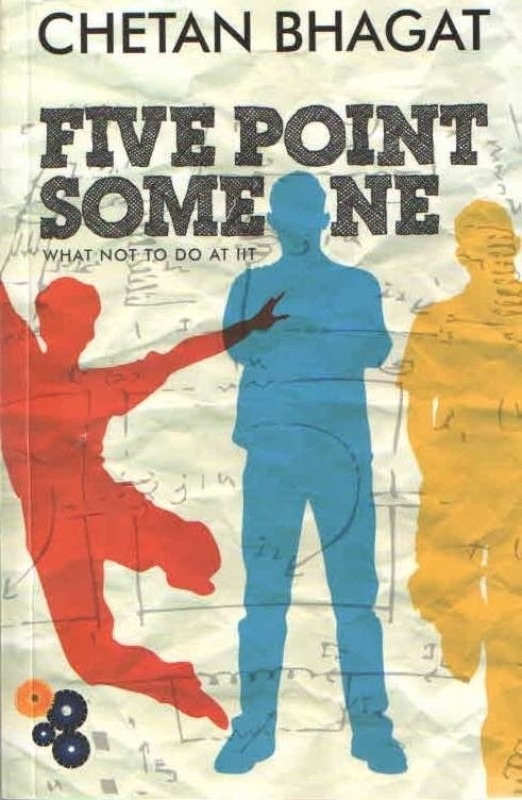 Five Point Someone is a novel written by bestselling author Chetan Bhagat. The story revolves around the lives of three students who aren’t too sure about where they are headed in life. Summary of the Book Hari, Alok and Ryan are desperate to get into one of the engineering schools in India. They spend their days studying very hard, but the stress and monotony of their academic work puts them on an all-time low. This is the story of how the trio tries really hard to cope with the system in more ways than one. The story also involves Neha, Hari’s fling and the daughter of the head of the college’s Mechanical Engineering Department. While their lives at school might be full of laughter and mischief, home is not the same for all three protagonists. Read this book to find out how the three men make it through and what they decide for their future. About Chetan Bhagat Chetan Bhagat is a famous contemporary Indian writer, speaker, columnist and novelist. He was born in New Delhi in 1974. Considered one of India's most popular writers of fiction, Chetan Bhagat is an alumnus of the Indian Institute of Technology, Delhi and the Indian Institute of Management, Ahmedabad. Before becoming a fulltime writer, Chetan worked as an investment banker for a few years. The New York Times called him ‘the biggest selling English language novelist in India’s history’. Some of Chetan's other notable works are Five Point Someone, One Night at the Call Centre, 2 States, The 3 Mistakes of My Life, and Revolution 2020. Three of his books have been adapted into Bollywood movies, two of which went on to become massive hit movies: 3 Idiots and Kai Po Che!