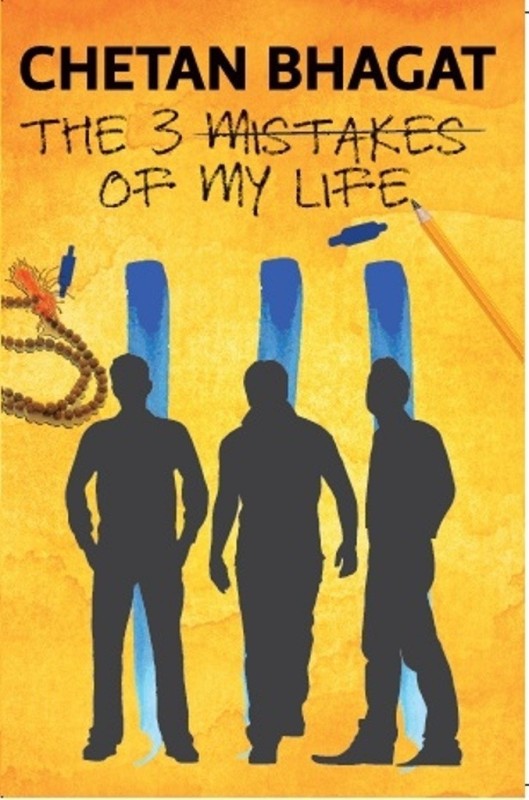 The 3 Mistakes of My Life(English, Paperback, Bhagat Chetan)

Summary of the Book The 3 Mistakes of My Life is Chetan Bhagat’s third novel. It revolves around the lives of three main characters who are friends. Govind is a normal guy who is ambitious and focuses on becoming a businessman, Ishaan who is a cricket fanatic, patriot and one of the best cricketers in his locality and finally Omi who is the son of the local temple priest. The story describes the intertwined lives of the three characters that bring about the happening of the three mistakes. About the Author Born to an Army officer and a government servant, Chetan Bhagat’s destiny to become a writer was far from foreseen. After completing his mechanical engineering from IIT Delhi, Chetan went on to obtain his MBA from the prestigious IIM Ahmedabad. But, it wasn’t until a decade of trying to fit into the corporate way of living when Chetan decided that he needed to dedicate his life to writing. Since then, Chetan has authored several best-selling novels, such as Five Point Someone, The Girl in Room 105 and 2 States, among others. Not only did Chetan’s works inspire some hit films, such as Kai Po Che, 2 States and 3 Idiots, but they also helped him get featured in Forbes India magazine as one of the top celebrities of India (2016).