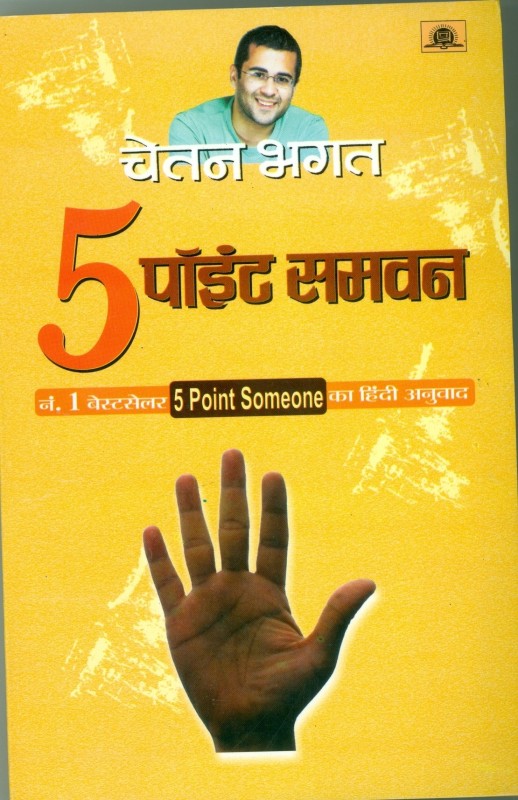 5 Point Someone is one of the best-sellers written by Chetan Bhagat, which narrates the plight of three friends from different backgrounds who join an IIT. This book, which is in Hindi, exposes the darker side of the IITs and also some comical as well as serious off-campus lives of the students. Summary Of The Book The story of 5 Point Someone, the Hindi version of the original, is set in IIT (Indian Institute of Technology) as it was as 20 years ago and revolves around the lives of three friends - Hari, Ryan and Alok. The book brings to open the life inside the campus, the ragging, the stressful life the students are subjected to for obtaining high grades, the struggle for survival by the not-so-brilliant students like Ryan and Alok, the partial treatment by the teaching staff, and at the same time, how the friends manage to keep their friendship in and out of the campus despite many hurdles. Hari’s frankness and confrontation with Prof. Cherian earns him his displeasure, though his academic performance is brilliant in spite of all odds. The story is woven with tensions, disasters, and setbacks with some comic relief in the middle of all the struggle to achieve 5-point something grades. Amidst all these happenings, the romance between Hari and the Director’s daughter is also a highlight of the story. The book has been widely acknowledged world over by public and critics. The New York Times has hailed Chetan Bhagat as the ‘largest selling English Novelist in India’s History‘. ‘The Three Idiots’ in Hindi is the screen version of this book, and the film was a box-office hit. About Chetan Bhagat The author Chetan Bhagat is a youth icon and also a columnist and speaker. Other books by Chetan that became best sellers include One night @ the Call Centre, The 3 Mistakes of My Life, 2 States: The Story of My Marriage, and Revolution 2020. Chetan Bhagat was born on April 22, 1974, in Delhi in a middle-class Indian family. He graduated from IIT-Delhi and IIM-A. Later he worked as an investment banker in Hong Kong for 11 years. Three of his books were written while he was working as a banker. He met his wife, Anusha Suryanarayan, when he was at IIM, Ahmedabad. Their love story inspired him to write the book 2 States: The Story of My Marriage. He is the father of twin sons.