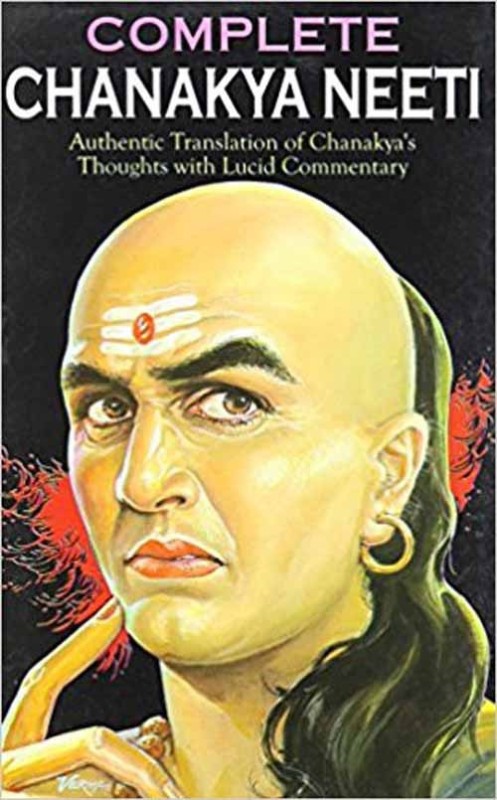 Complete Chanakya Neeti by Acharya Vishwamitra Sharma provides the intellectual, moral, and philosophical insights of the great economist and political strategist, Chanakya. This translation narrates the dos and don’ts of life to ensure success in the future. Summary Of The Book Complete Chanakya Neeti by Acharya Vishwamitra Sharma deals with the Indian philosopher, teacher, and royal advisor, Chanakya.  Having been a teacher of political science and economics at Takshashila University, Chanakya was responsible for tutoring Chandragupta, the first Maurya emperor. The different rules and policies that governed the Maurya Empire was largely devised by Chanakya. Even after Chandragupta’s reign ended, he tutored and guided the next ruler, Bindusara.  This book contains the one of the two works that were credited to Chanakya, Neetishastra. This work details how a person must live his/her life. It provides a list of ideal qualities one should follow and is a study of the Indian way of life. The term Neeti-Sutras was also developed and states how one should behave. The book contains details on how a ruler must run his kingdom and remain the ideal ruler for a long period of time. These were teachings that Chanakya provided to Chandragupta and his other students in order to rule the kingdom wisely. He is credited to have provided important resources in the field of classical economics. He has also been termed as the Indian Machiavelli due to the political governance he provides in his works. Acharya Vishwamitra Sharma’s translated work on Chanakya’s teachings provides readers with insight into the political and economical policies in the Maurya Empire. Complete Chanakya Neeti is a collection of educational treatises once taught at Takshashila University. About Acharya Vishwamitra Sharma Acharya Vishwamitra Sharma is best known for authoring and translating the Complete Chanakya Neeti. He has also published a work called Famous Indians of the 20th Century.