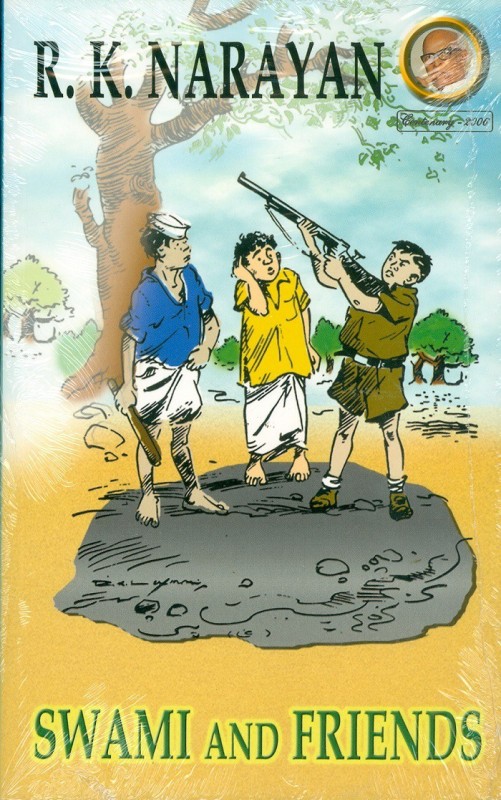 Swami And Friends by R. K. Narayan is a novel set in British India, and is about the people in the fictional town of Malgudi. Summary Of The Book The protagonist of this book is Swaminathan, a ten year old boy who lives in the fictional town of Malgudi. He lives a simple life and spends his days with his friends Mani and Rajam. The book details how Swami’s school life changes with the entrance of Rajam. The colonial values instilled in the school also irk Swami. The book also details how Swami flees from home after going through dejecting experiences. All the incidents in Swami’s life change him from the innocent naughty boy to someone who wants to take a revolutionary path. The author details all of Swami’s adventures in British India. Swami And Friends elaborates on the life of the simpleton who confided only in his grandmother and whose relationships were very emotional and basic in nature. The Guardian acknowledged the novel as one of the world’s best English novels by an Indian author. The stories from Swami And Friends were adapted into a television series called Malgudi Days. About R. K. Narayan R. K. Narayan was an internationally acclaimed author. R. K. Narayan has written the famous trilogy of which this book is the first. The other ones are The Bachelor of Arts and The English Teacher. He has written a whole line of books. Some of them are The Financial Expert, The Guide, A Tiger For Malgudi, Next Sunday, Waiting For The Mahatma, My Dateless Diary, The Dark Room, The Man-Eater Of Malgudi, A Writer’s Nightmare and The Emerald Route. He also rewrote some mythology namely, Ramayana, Mahabharata, and Gods, Demons and others. His writing style was humanistic, slightly satirical and carried a lot of grace and elegance. Born in 1906 and brought up by his grandmother, the author was adept in languages like English and Sanskrit. He also learnt mythology, arithmetic and classical music. After some writing experience in general media, he shot to fame with his impressive novels. He married Rajam in 1933. She passed away due to illness six years later, leaving R. K. Narayan with his novels till his last days in Madras. He received the Sahitya Academy Award for The Guide. He was also awarded the Padma Vibhushan and AC Benson Medal. He died in 2001 at the age of 94.