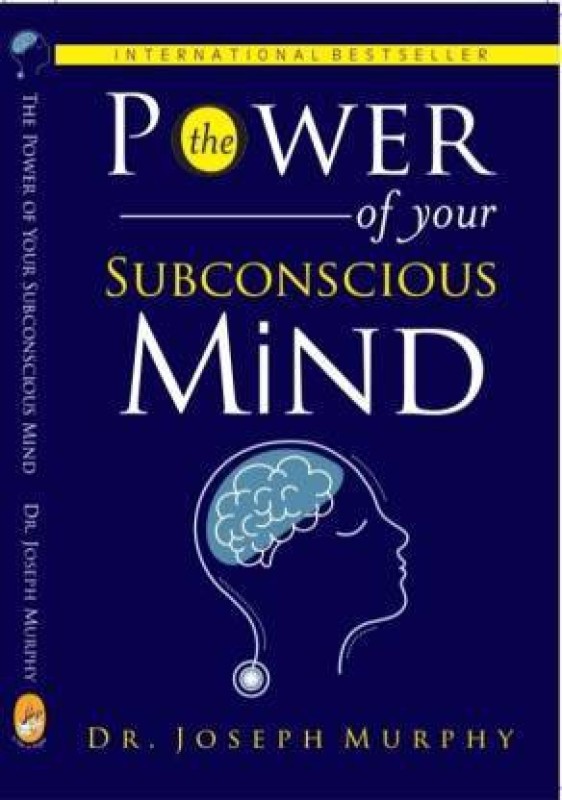 The Power of Your Subconscious Mind(English, Paperback, Murphy Joseph)

The Power Of Your Subconscious Mind is a self realization and improvement tool that will help readers tap into the immense power of their subconscious minds and help them lead a happier and more productive life. Summary Of The Book The Power Of Your Subconscious Mind will teach individuals that their habitual way of thinking and creating mental images forms the basis of their destiny. In other words, you are what you think. Dr. Murphy maintained that the subconscious mind is such an almighty force, that it has the power to heal the body, and to obtain positive results in all spheres of life. Most people operate on autopilot or with a habitual way of thinking. As a result, they have difficulty in understanding and even accepting the transformational ability of the subconscious mind, even discarding it as a passing fad. Murphy’s text comprises 20 chapters, each dealing with an aspect of understanding the subconscious mind. In the first three chapters, Murphy discusses the workings of the mind and the scope of the human subconscious. From chapters 4 to 6, Murphy presents his research on how the mind was healed in the ancient times. In chapters 7 to 12, readers will learn how to use the power of their subconscious to acquire wealth, success, and to achieve happiness in general, and will also be provided with information on various techniques in mental healing. They will also learn how scientists are able to harness their subconscious and achieve success in research. From chapters 13 to 17, readers will learn how to use their subconscious mental energy to deal with mundane issues such as sleep difficulties, marital problems, human discord, and forgiveness. In the last 3 chapters, Murphy offers practical guidelines to remove hindrances to happiness such as fear and mental blocks. Murphy ends his discussion laying stress on staying young with one’s spirit. With numerous case studies to lend support to his theory, Dr. Murphy teaches readers how to tap into their subconscious and gain control over their thinking. After training the mind, an individual can channel positivity into their health and wealth. Since the book’s initial publication in 1963, The Power Of Your Subconscious Mind has sold millions of copies. About Joseph Murphy Dr. Joseph Murphy was an ordained minister, author, and a scholar. He has authored numerous books in his lifetime. Some of these were titled The Miracles of Your Mind, Quiet Moments with God, Your Infinite Power to Be Rich, Secrets of the I Ching, and Songs of God. Although raised as a Roman Catholic, Murphy joined the Church of Divine Science which was part of the New Thought congregation, where he later became an ordained minister. Murphy had initially studied to be a priest, but a change in career path led him to obtain a Ph.D. in Psychology from the University of Southern California. He had been married twice, and had settled in Laguna Hills, California. Murphy passed away in 1981.

More from the author - Murphy Joseph