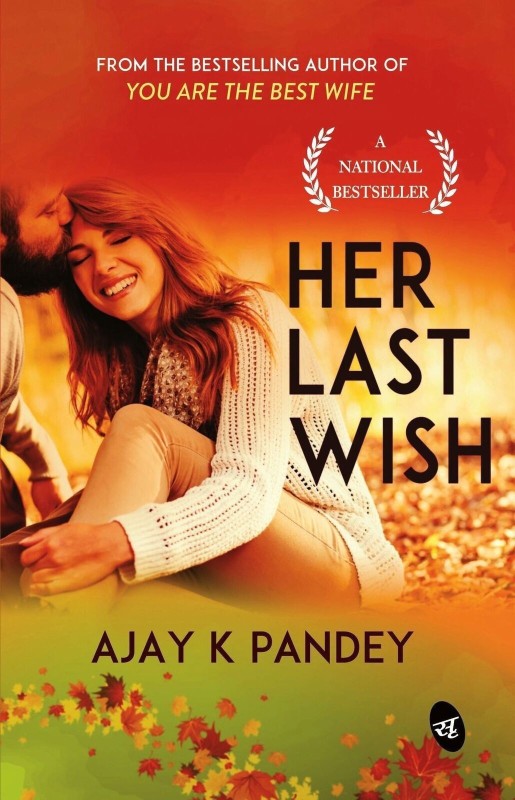 Summary of the Book Her Last Wish is an inspiring tale of love and heartbreak and it tests a man’s resilience after his girlfriend is diagnosed with a fatal disease. Vijay, who is overburdened with his father’s over expectations, finds love and luck when Aastha enters his life, eventually becoming his sole source of happiness in life. However, fate has other plans for him as she is diagnosed with a life-threatening disease. He takes it upon himself to fight for her life against all odds. In the process, his father also eventually sees his son struggling and joins him in the race against time and odds. Will they emerge victorious in this battle of life-and-death? About the Author Ajay K Pandey is an Indian author who is known for his two bestselling novels - You are the Best Wife and Her Last Wish. Pandey is currently working for an IT company in Ghaziabad. Pandey married his college classmate and lover, Bhavana, in the year 2010. She passed away due to Septicemia. His first novel was written as a tribute to his wife. He has taken inspiration from real-life events to write his first novel which became a bestseller soon after it was published.