Barefoot to Boots - The Many Lives of Indian Football

Written by Indian Bookworm on September 18, 2021

How many of the Indian football fans know that, Indian football team was once called the Brazil of Asia? Or they may find it hard to believe that one of the oldest rivalries in world football – ranked alongside such famous rivalries as Real Madrid Vs Barcelona, Boca juniors Vs River Plate (Argentina) – is between none other than East Bengal and Mohun Bagan.

Novy Kapadia’s book Barefoot to Boots – The many lives of Indian Football is as much about these interesting trivia as it is about the history of the game in India itself. The author, the grand old man of Indian football, – as Baichung Bhutia calls him in the Foreword to the book – is a serious football fan, having spent his childhood years in the Delhi Gate stadium witnessing Durand cup matches and has been involved with the sport as a writer and commentator for many decades.

Football in India has its roots in British India, the first organized football tournament in India being the Durand cup, started in 1888, is also the third oldest football tournament in the world. Initially reserved for British regimental teams, these domestic tournaments like Durand cup, Rovers cup and IFA shield later got participations from Indian teams like Mohun Bagan and East Bengal from Bengal, Hyderabad city Police, Mohammedan Sporting, and Bangalore Muslims among others. The victories of these Indian teams in these tournaments were seen at that time of representing the secular and nationalist ethos and were hailed as “shattering colonial myths of racial superiority”.

Even after independence the Indian football scene was still dominated by domestic tournaments and club rivalries, with addition Goan clubs. Even though AIFF was formed in 1937, India had an identity as a national team when they participated in the London Olympics in 1948. But the greatest victory for the national team came in the Asian Games in 1962. Many experts consider that team the greatest in Indian history with the likes of legendary Chuni Goswamy, P K Banerjee, Jarnail Singh, Trilok Singh, Balram and golie Peter Thankaraj in the team and coached by S.A. Rahim. 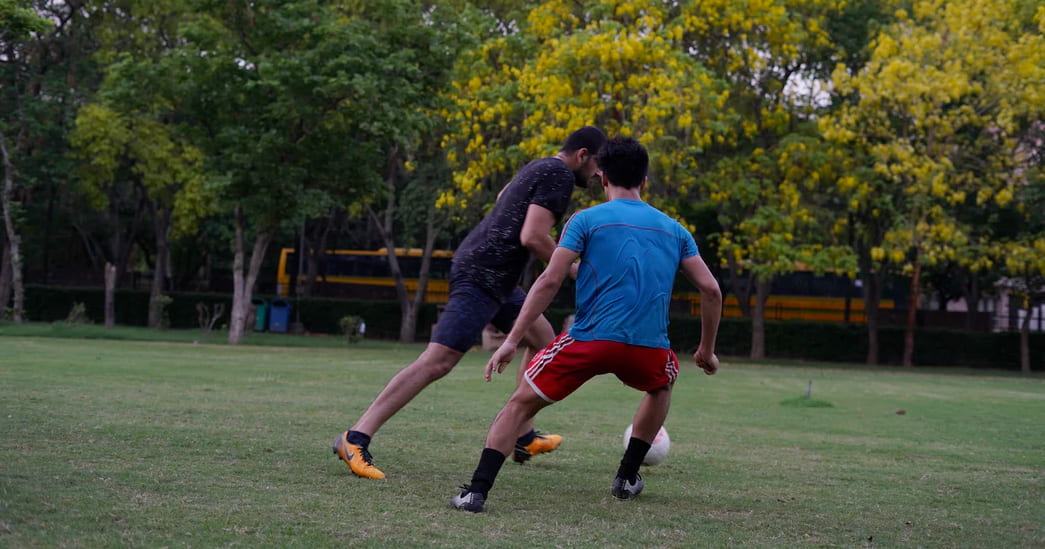 The book gives a comprehensive account of football in the states and the many great players from these states that have graced this great game over the years in domestic tournaments in India. At a time before the arrival of satellite t.v., people thronged the stadiums, supporting their favorite teams and cheering for their heroes. In the later decades of after Independence, the popularity of football in India has waned and the viewership of matches in stadiums and on t.v. has dwindled. Many domestic tournaments like Rovers Cup have been discontinued due to lack of sponsorships. The semi professional National Football League started in 1996 which transformed into to professional I League (started in 2008) has failed to raise the quality or popularity of the game. Consequently the national teams ranking in the FIFA rankings table has slipped to 173 in March 2015.

Barefoot to Boots – The Many Lives of Indian Football book review by indian bookworms Indian football has slightly revived with the arrival of Indian Super League in 2014. The star attraction of many foreign players, mostly European, who are familiar with Indian football fans that have watched them play in many European leagues, playing alongside domestic Indian players have created good viewership for matches. The primetime telecast of Live matches have produced t.v. audiences that I unmatched for an Indian domestic tournament before. Each team named after a city, has a grass root program to groom children from the age of 12 into future stars. Many see the Under -17 World Cup has been a watershed moment for Indian football. The legacy of that tournament has been the infrastructure created across the country – the stadiums and the training facilities. 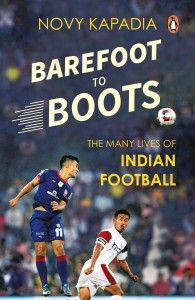 Barefoot to Boots – The many lives of Indian Football